Hello Tiger fans! Last Saturday, LSU won another huge away game in the SEC. I couldn’t be happier about the turn around the Tigers have made. In every aspect of the game (except maybe kickoffs and kickoff coverage), we exceled. We can beat anyone, even Alabama in two weeks! 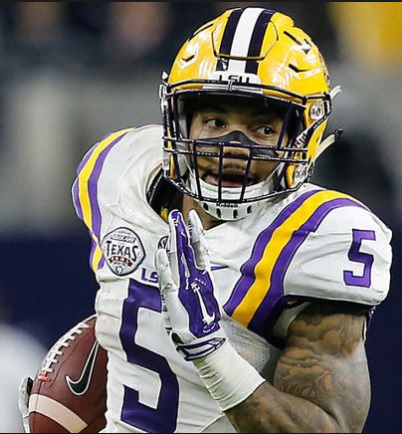 Let’s start with offense. I said in my last post that if all goes right, we may score into the 40s. Well, that is just what happened. Derrius Guice had potential to have a breakout game and he looked better than ever. You don’t need me to tell you he got 276 yards (10 yards away from breaking his own record). He can thank the offensive line for the first ten yards but all the cuts and spins and the outright refusal to be brought down to the ground, that is a credit to him alone. Darrel Williams played no small part in the rushing attack. He had a 100+ yard night running AND receiving, which would have been much more appreciated on any other night.

Now the passing game may have not been as big a part of our win but nonetheless it was still a confidence booster going into Alabama. Danny Etling played great. Even though he only threw 13 passes during the night, he made the most of every one of them. He threw for 200 yards for the second night in a row. He never missed an opportunity to make a completion. Beside one drop, our passing game was 100 percent all night. Etling never was off key with his receivers (and by receivers, I mean running backs as they were the recipients of every pass). We missed a few red zone opportunities in the beginning, but after that we spiced it up when we were in striking distance. For example, a shovel pass to J.D. Moore inside the ten- yard line gave LSU the score that pulled us ahead for good. I just don’t think we would have seen such creative play calling under the previous coaching regime.

With a healthy defensive line, our rush defense was as good as it needed to be, although not perfect. We missed a few tackles and gave them a few first downs that could have been prevented. We toughened up in the red zone though. As Coach O said “bend but not break.”

Our pass defense played Shea Patterson well. Arden Key got two sacks and looked like his old self after losing the unnecessary 40 pounds he’d acquired in the off season. Rashard Lawrence and Greg Gilmore wouldn’t let Patterson get comfortable. DBU got a season high of three interceptions. Grant Delpit and John Battle both made a play on the ball when Patterson tried to go deep, and Kevin Toliver’s interception was something else altogether. He snuck a hand under the ball as the rebel wideout tried to make a sideline catch, grabbing the ball as he kept his tiptoe inbounds for a millisecond longer. Instant highlight reel material!

Connor Culp provided more reason why LSU can always rely on his leg. He was 4/4 on the night. Our kickoffs and kickoff coverage was disappointing. Gamble just couldn’t find the energy to kick it through the end zone and Ole Miss seem to break lengthy runs each time they returned his short kicks. This was one of the spots for concern, but it was a small blemish on an otherwise incredible night.

It’s a great time to be a Tiger! GEAUX TIGERS!