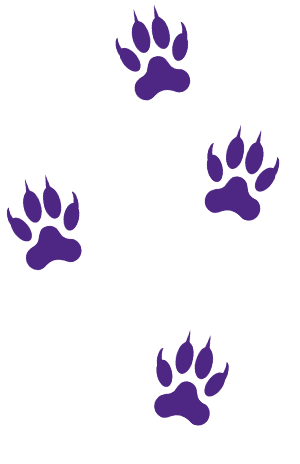 Louisiana is the place I call home. However, my dad is in the Air Force so we move every two to three years, and we’ve never actually been stationed in Louisiana. My mom grew up in Moss Bluff, Louisiana. My dad was an Air Force child too; he always considered himself from Louisiana even though he had the same pop-around-America life as me. All of his grandparents, aunts, and uncles live in Baton Rouge. His best childhood memories are of getting fried boudin balls from a gas station near Capital Heights Avenue and playing the City Park golf course where his grandfather was a professional. My parents met when they were in college at LSU. He proposed to her in front of the LSU clock tower. Wherever we have lived, we bring our LSU flag with us. In places like Arizona, people often mistake it for the LA Lakers.

I’ve been watching the LSU Tigers play football with my dad for as long as I can remember. I was about seven years old when I started paying really close attention. By the time I was eight, I memorized the players’ names and positions, and started reading all of our old sports magazines from the national championship years. At this point, I can honestly say my brain is occupied with LSU football during most of my waking hours. I have been playing tackle football for three years, but when my game days coincide with LSU game days, I feel far more nervous for the Tigers than myself.

My hero is Tyrann Mathieu. I love how he shows people that no matter how little he is, he is a giant on the field. I’m proud of him for turning his life around since his LSU days. When he got hurt two seasons ago, he quoted the Bible: “That is why, for Christ’s sake, I delight in weaknesses, in insults, in hardships, in persecutions, in difficulties. For when I am weak, then I am strong.”

My dream in life is to be a leader on an LSU national championship team. Then one day when I’m old, I want to open a football card shop in Louisiana, tell customers stories of amazing games, and eat gumbo until the day I die.

On this blog, which I have been running since April 2016, I cover all things LSU football. I make loads of predictions for the upcoming season. I closely follow news on recruits. I share everything I can gather about coaching decisions and news on the players. Probably my favorite thing to do is analyze games the day after, especially games we win! Warning: I am a complete optimist and always believe in my Tigers so you won’t hear much complaining or negativity from me, and you will have to tolerate my unrealistic expectations.

I’m an eleven year old kid—the oldest of four in my family. I expect that my readers will be kids too, or my Louisiana family. My parents don’t let me have much “screen time” so keeping a blog is a big deal for me. Please feel free to comment on my posts and I’ll try to comment back. The spam filter should keep away the creepy or inappropriate comments, and the Bama fans.