Top Dawg in the SEC 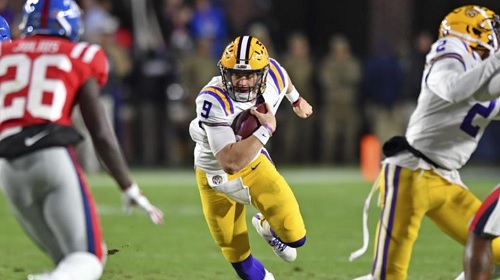 Hello Tiger fans! After such a big win last week, I was refreshed by our ability storm out at the first whistle, get back to business, and keep moving. The road isn’t over, so it’s important to pay close attention to every opponent that is looking to pull a season-defining upset. We got our tenth win last night which is the first time in a regular season since 2012. Here’s to two more!

Last night was a defensive letdown and I’m not going to give any excuse or reason to you. I believe we have more talent, discipline, tackling, and scheme than what we saw last night. There is no excuse not to be better and I will be looking for us to clean this up in the next two games before we play a more well-rounded team in the SEC championship or the playoffs. They were slicing through us with nothing but a couple of fast backs and a pop warner football offense. John Rhys Plumlee’s speed is not an anomaly and certainly is no reason to give up yards on the ground. We are most certainly going to see many more players with that kind of speed. Accounting for good athletes shouldn’t be a foreign concept and getting out of position and missing tackles shouldn’t happen as a top dawg in the SEC.

Another problem that has repeated itself in almost every big game this season is that we consistently let up in the second half to the offense’s adjustments. After being held to one score in the first half, Texas, Alabama, and Ole Miss, scored thirty in the second. It seems Aranda often comes out of the locker room and lets the offense adjust to his defense and beat it. This is impossible to continue into the playoffs. We have to become the team to figure out the offense and come out stronger in the second half.

As Nick Saban said, our offense “has no weakness” and there’s still no sign of it as we got right back to it from the first drive. We’ve been spectacular through the season but last night was something else completely. Burrow was playing like an Aaron Rodgers highlight reel. On the first drive he sliced between to pass rushers that came free like the all-state basketball player he was in high school, found J’Marr Chase up the sideline, and delivered a beautiful 35 yard strike on a sprint towards the right sideline. This would only set the tone for his record-breaking night. This guy is something special and the greatest gift LSU has ever received. Throw a few all-world receivers into the mix and line up a guy like Clyde Edwards-Helaire next to him and this is an unstoppable force. His focus and leadership were obvious, seeing how he played in the face of a lot of pressure and then how he responded to throwing back to back interceptions. Despite two mistakes, which he used to put all the blame of the game on himself in a post-game interview, he had a career night. This offense is on pace to break every school record left and playing five more games will certainly help.