The Ultimate Goal Since August 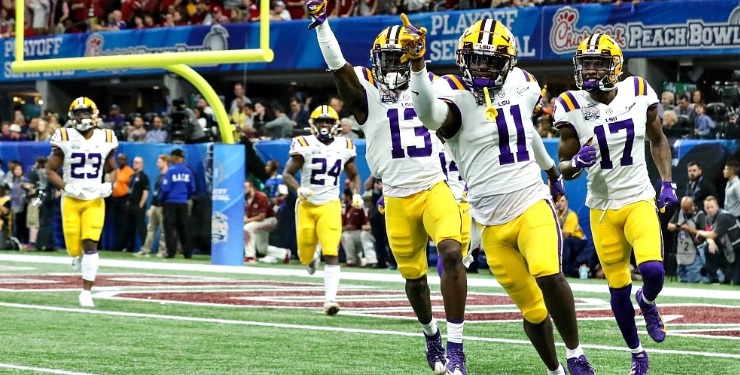 Hello Tiger fans! Since the beginning of this year, we all had that special feeling that this team was different. The entire season we have been building to one goal and one game. To get there we knew there would be many challenges, but we’ve won game after game with class. We overcame Alabama, a win that was a long time coming. We balled our way past five top ten teams, destroying a strong Georgia defense for the SEC, and we owned our first playoff game. To be able to play in this game is a huge blessing, but it is well earned.

Nothing we’ve seen this season has indicated that either one of these teams can be stopped. It will be a battle of giants. The people who thought Clemson, the shadow of what once was, would beat Ohio State, a dominant team and favorite to win the title, were few and far between. But despite being untested during their regular season, they pulled it off. After slicing steadily and quietly through the ACC and reaching another playoff, they seized the chance to prove they were a special group despite returning just four starters from a very much hyped 2018 defense. Despite not being invited to New York with Fields, Young, and Burrow, Lawrence has put together quite a season.

Ohio State made several mistakes to get bumped from a championship game that many thought they would win, not the least of which was blowing an early lead and letting Clemson win the game on a 29-7 point run. Turning the ball over, giving up big plays, and losing the fourth quarter joined together to help Ohio State beat themselves. They won the game in yards, first downs, and time of possession but found a way to lose the game. This is as much a discredit to a new coach at Ohio State and poor performance at the end for the Buckeyes as it is a credit to Swinney’s group for clutching up to win at the end. Dabo Swinney is more than ready for his fourth national championship. What he did with Trevor Lawrence’s legs to expose something Ohio State was unprepared for was genius, but it won’t happen twice.

LSU has dealt with running backs as explosive and hard to tackle as Etienne, quarterbacks as talented and versatile as Lawrence, secondaries as good as Clemson’s, and coaches as good as Swinney in this season of trial. Each time LSU has prevailed. There won’t be any surprises left when Clemson enters the Superdome. But boy, do we have a lot in store for them. No secondary has been able to stop this LSU passing attack. Clemson has not seen anything close to our weapons. Our execution and precision can charge down the field against any defense in football. On the other hand, LSU’s defense has had its share of battles and they are playing their best ball with the healthiest group. I’ve never felt more positive momentum going LSU’s way in a bigger game.

A championship is what we dream of every year in August; it is the ultimate goal. LSU hasn’t been a champion since an altogether different era of college football. We know how hard it is to get here. We won’t let this chance slip easily. GEAUX TIGERS!