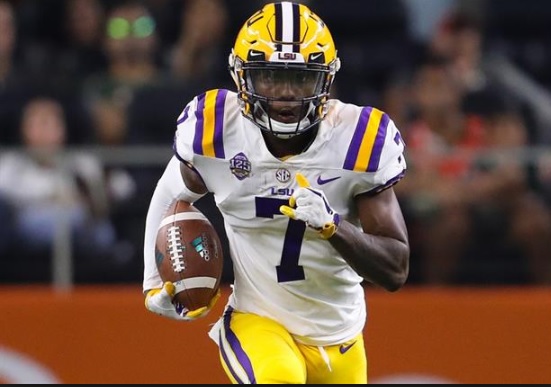 A few days ago, Jonathan Giles transferred to Texas Southern. After keeping his name in the portal for a month he was granted a waiver for immediate eligibility, something that a couple years ago would have been denied. As we see in college basketball the deceitfulness and selfishness that has hurt the league immensely is hurting some other sports in the same way. Players are leaving earlier to make money, and not stay loyal to their school colors. Although the NCAA has held pretty strong in keeping the three-year minimum, now the problem facing college football is the transfer process which is getting gradually looser and therefore more abused. This year alone, Tate Martell will be playing for Miami, Justin Fields will be playing for the Buckeyes and Jalen Hurts will be continuing the dynasty at Oklahoma. All of these quarterbacks who had deep responsibilities already to their original team will be abandoning all promises made when they signed with these schools and will look for an easier situation.

Jonathan Giles transferred out of the stellar slot receiver at Texas Tech to try to carry his legacy to the more promising LSU. He was awarded the prestigious number 7 without yet playing a down in Purple and Gold. He was granted the positions of punt returner and slot and was mediocre in both positions. I’m sure we could’ve figured him out and put his skill set to good use, but instead, Giles is transfering again. Essentially, Giles is now a vagabond slot receiver.

These transfer portals are being abused by athletes that want to shy away from competition. When not abused, the portal works. It evens out the depth between schools that recruit the best high school quarterbacks every year and the schools looking for their man. Players would sit out a year to acclimate to the new playbook and then would get to show their promise. Instead, what would have been good quarterback competitions between Tate Martell and Justin Fields and Tua Taigovailoa and Jalen Hurts through the season are know one man shows at four different schools. Backup quarterbacks at those schools that have waited patiently and worked for their chance will now continue to sit. Even Nick Saban, a coach who works famously hard for every recruit, has spoken out against the liberal granting of waivers. Saban said, “We make commitments to players for four years. They make commitments to us to be in our program. It may not work out for everybody and they may have a better opportunity someplace else, but if they have to sit out for a year, it would be a consequence for them in terms of their commitment.” Sadly, it may take a few more years of transfer portal abuse before real change can happen but I am one fan who is ready for the subject to be seriously addressed.