The Business of the Draft 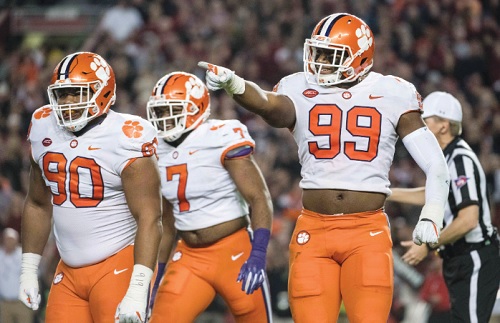 Albeit it was exciting, the draft played out for the most part the same as usual. Three quarterbacks were drafted in the first round including the first pick of the draft, Kyler Murray, the 5’ 10” speed demon who passed up baseball to play for the Arizona Cardinals. The Bucs swooped Devin White with the fifth pick and the Browns picked up Greedy Williams in the second round. All in all, it wasn’t a very productive draft for LSU and part of that was because of a growing problem that was lucid in this year’s draft.

Greedy Williams who was only the second LSU alumni to be drafted fell to the second round after 6 other cornerbacks were drafted. Only a redshirt sophomore, he could have stayed at LSU, played, and increased his draft stock instead of being a mediocre second round pick for two more years. This was not the worst of it. The Greedy Williams players have been leaving early for years only to fall to the second or third round. Their purpose is simple. They know as a second round pick they have the solid contract and respect they need to earn a career in the NFL, and if that’s your goal your not gonna wait around another year.

To a certain degree that is fine, but you have to understand that your part of a team in college is also bigger than you. When I see people like Ed Alexander leaving his d-line brothers Rashard Lawrence and Breiden Fehoko to go and get on a mini camp roster and try to earn a contract as an undrafted free agent, not only are they overestimating themselves and not giving themselves a solid chance at their dream, they are also denying any responsibility to their team. Ed Alexander isn’t a singular problem. 135 players entered the draft early this year, more than ever before. Only twenty-one of them would go in the first round.

On the opposite extreme, Clemson players last year decided to finish out their fourth years at Clemson. As part of a program on a rise, Clelin Ferrell, Dexter Lawrence, and Christian Wilkins all three decided to stay and earn one last championship. They knew that they were part of something huge at Clemson and that their chance of a lifetime was not in a second or third round pick, it was in their senior year at Clemson. They won the national championship for Clemson giving back to Clemson all that the team had given to them. In April, all three of them were drafted in the first round. That is unselfish, glorious, and successful. It’s the way things should look going into the draft.