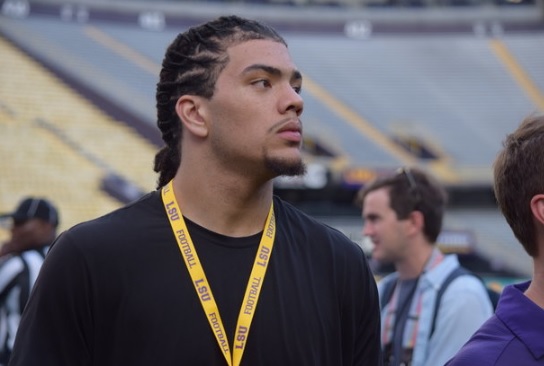 LSU has had a series of consistent problems that have plagued our program for years. This coming season will need to be the time that we finally come to a solution. One of these dim spots in the past has been our tight ends in the passing game.

Last year there were three sides to the problem: poor blocking by the offensive line causing us to need an extra tight end in pass protection; our personnel at tight end while talented was a little shallow after all the injuries; our scheme while more pass-heavy than ever before didn’t show love to the tight end as a receiver.

This might stretch your memory but the last time LSU won a championship in 2008, two out of four of Matt Flynn’s passing touchdowns were to a tight end. They are a critical piece to success. Tight-ends give a reliable check down read for a quarterback when the wide receivers down the field are covered. Players like O.J. Howard, Gronk, and Jason Witten can create mismatches for big plays, provide extra exterior run blocking, and give the quarterback a target every play. They eat short yardage and feed long drives.

If that last part sounded familiar it’s probably something straight out of Joe Brady’s mouth, LSU’s new passing coordinator. LSU preaches to the media and to the players that in our new RPO/West Coast offense we will live off the short passing game.

A few days ago, Thaddeus Moss (yes, the son of Randy), a tight-end who’s looking forward to a breakout 2019 year, said that he and the other tight ends would be flexed out more as a straight up receiver trying to force a mismatch. Thaddeus Moss is one of a group of tight ends who sat out last year due to injury. This year, LSU will have a very deep tight end group along with some speed like Stephen Sullivan and Racey McMath that might also flex out on occasion at tight end.

The last part of the problem that I mentioned earlier will be one of the brightest spots of the upcoming season; the offensive line. We’ve been floundering in inexperience in the trenches for some years now while holding on to the hope that in one or two years by giving the youngins’ early starts as freshmen and sophomores they’ll be the most experienced juniors and seniors in the SEC. This year will be the peak of that hope with Lloyd Cushenberry, Damien Lewis, Saahdiq Charles and Austin Deculus having more experience than they should have as true juniors and seniors. They will certainly be able to handle the meanest pass rushes in the SEC without the help of a tight end. All said, this is going to be a re-emergence for the tight-ends at LSU.