LSU at the Combines 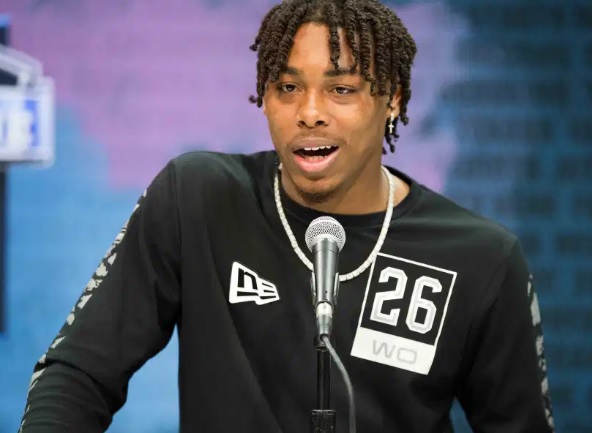 Hello Tiger fans! LSU had five more players invited to the combine than any other team in the nation with 16. All of these players are big prospects and will make a difference in the NFL. I’m excited to see this generation of Tigers grow into studs at the next level. We have more happening at this combine than ever before and it is sure to make Tiger Nation proud.

Joe Burrow declined to work out or throw. We know he loves to compete; this is only the mature decision as he’s proved everything he needed to in the heat of battle and has not fully recovered from the national championship.

All of our offensive and defensive line combinees proved to be athletic, but none of their measurables or times were outstanding. Thadd Moss found he had a broken foot and will be out from 6-12 weeks this off season.

Justin Jefferson proved his athleticism and also just how effective the wide receiver development at LSU last year was with a top four 40-yard dash time and good performance in drills.

Clyde Edwards-Helaire showed that he was just the type of back you saw on Saturdays with a mediocre 40-time, but extraordinary numbers for his vertical and broad jumps; a good measure for quickness and explosiveness.

Stephen Sullivan helped himself the most during the combine with a top three 40 time, vertical, and broad jump. He proved himself as the most athletic tight end in the draft. Even if he wasn’t a playmaker at LSU he’ll have time to grow in the NFL.

Three linebackers participated; Queens, Phillips, and Divinity. Queens and Phillips both impressed and were in the top of their position group in different aspects. Queens had excellent speed while Phillips had amazing jumps. Both of these are definitely traits you see in the best NFL linebackers. Divinity lacked behind, but his position is a little more unique and scouts can witness his pass-rushing ability on film.

Kristian Fulton had one of the top 40 times for cornerbacks and surely secured a high spot in the draft.

I loved watching all of these Tigers this week and while it’s sad to see them go, I’m happy to see all of these guys that were part of the greatest LSU football team pursue careers in the big leagues.