Hello Tiger fans! In a season that will require more out of SEC teams than ever before, LSU remains steadfast in their hopes of turning their one hit wonder year into a lasting legacy. The challenge of dynasties isn’t to stay the same for as long as possible, but to be able to carry their success through change.

In Nick Saban’s 13 seasons at Alabama, he’s had 12 different coordinators and run countless offenses and defensive schemes with vastly different personnel and yet they have been the team to beat for the last decade. There are pieces of dynasties that last and pieces that come and go. Coach O has built a culture at LSU that will last, even if coaches, players, and offenses are lost and replaced.

With Ja’marr Chase’s surprising decision to opt-out of the upcoming season, LSU has lost one of the last remnants of last year’s astounding, record-shattering offense. The test of the culture and program Coach O has built at LSU will be if we can contend for another title with a younger, untested team.

With only the tools Joe Brady left us, and a new NFL coordinator to call red zone and two minute offense, Steve Ensminger will try to make LSU the best offense in the nation again. We have potential, but there are some questions that won’t be answered until the season starts. Has LSU produced another championship quarterback in Myles Brennan? Will young, emerging stars such as Arik Gilbert, John Emery, Tyrion Davis-Price, and Trey Palmer be the contents of another great offense? These are the questions that need to be answered first before we ask the big question: Can LSU be a dynasty, the likes of Clemson or Alabama? 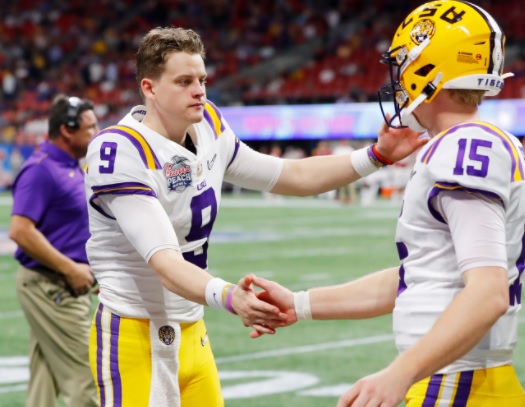 The defensive side of the ball took several big hits after the 2019 season, from Dave Aranda’s departure after the championship game to Tyler Shelvin’s recent decision to opt-out. Stingley is the face of a talented group of young corners. Safety Jacoby Stevens’ decision to stay for his senior year brings some veteran leadership back to the secondary, not to mention that he was the most productive defender on the team last year with 85 tackles and three interceptions. North Dakota State linebacker, Jabril Cox, will hopefully fill the void created by the simultaneous departure of Patrick Queen and Jacob Phillips. Without Tyler Shelvin, the defensive line is not as deep and experienced as we thought before, but with talented classes from the past two years ,this four man front will still be a lot to handle. This defense can be dominant, but it’s all up to Bo Pelini to keep this defense’s elite reputation alive.

After endless months of COVID-19, we never thought that we could be looking at the sunrise of the 2020 college football season, but here we are.
GEAUX TIGERS!