LSU Already Working Their Tails Off for 2020

LSU has been hot on the recruiting front and they capped it off with five-star, Rakim Jarrett who goes to school just forty minutes from my doorstep. He’s quick, with great route running, and strong hands, but he is only adding to the snowball that keeps growing into the 2020 class. I usually don’t worry about recruiting eight months out but LSU has catapulted itself to the number two class in the nation (behind Clemson) and their grabbing from all over. Jermaine Burton and Elias Ricks from the west coast, California, and now Antoine Sampah and Rakim Jarrett all the way on the east coast in the D.C. area. After such a great 2019 class it’s invaluable to keep that momentum going into the next class and LSU’s doing a great job.

As to who’s making this happen most people turn to Coach O as to who has been working this magic, but Orgeron has pointed out Corey Raymond and Bill Bush as excellent recruiters and you have to think Mickey Joseph is doing his part as LSU has signed three talented receivers. In an interview with Off the Bench, when asked about how he’s pulling the class together he responded, “Those guys have been doing a great job recruiting for us, they are recruiting their class. We told them, ‘Hey, let’s recruit the best class in the country.’ I think all those guys are getting together and wanting to come to LSU.” And when asked about the focus on receivers he points to the attractiveness of the program to a wide receiver who wants to come in, play, catch passes, and get better, “They see Odell Beckham, they see Jarvis Landry, the success those guys have had, obviously,” Orgeron said. “They come in and look at our new offense, which is mainly three-wide, four-wide, five-wides. They see that the quarterbacks we have committed, the quarterbacks we have on our football team and then when they talk to Steve Ensminger and Joe Brady, they see the commitment we have to the passing game.” Orgeron is hesitant to single anybody out but he throws around a lot of names.

Last year Alabama coach, Nick Saban was found guilty of hiring too many coaches who are very good recruiters and that affecting the success of his program the next year. In his yearly rounds of hiring new coaches for every single spot, he won’t make the same mistake.

Orgeron was mostly known as a great recruiter back when he was coaching the defensive line at LSU and now we see that attitude imposed on the program. Recruiting is about time. How much time are you going to give to a player, how many meals will you eat with him, how many coaches will he be introduced to? All our coaches are clearly dedicated to each player. Steve Ensminger and Joe Brady have to sell their offense to each Rakim Jarrett and Dave Aranda and Corey Raymond have to teach each Elias Ricks the concepts behind their packages. These coaches may not have been hired because of their recruiting ability (like the mistake Saban made) but they understand that it’s in the program’s DNA and they have to do their part.

In Coach O’s words, “It’s elation, it’s a lot of hard work, it’s a relief, especially when you get a player that you know is a difference maker,” Coach O concluded. “A player that can come in and help you win a championship. Great character people that we are getting. You see the parents happy, you see the relief. It’s a process, we have been recruiting a lot of these guys for two years, a lot of hard work has gone into it.” 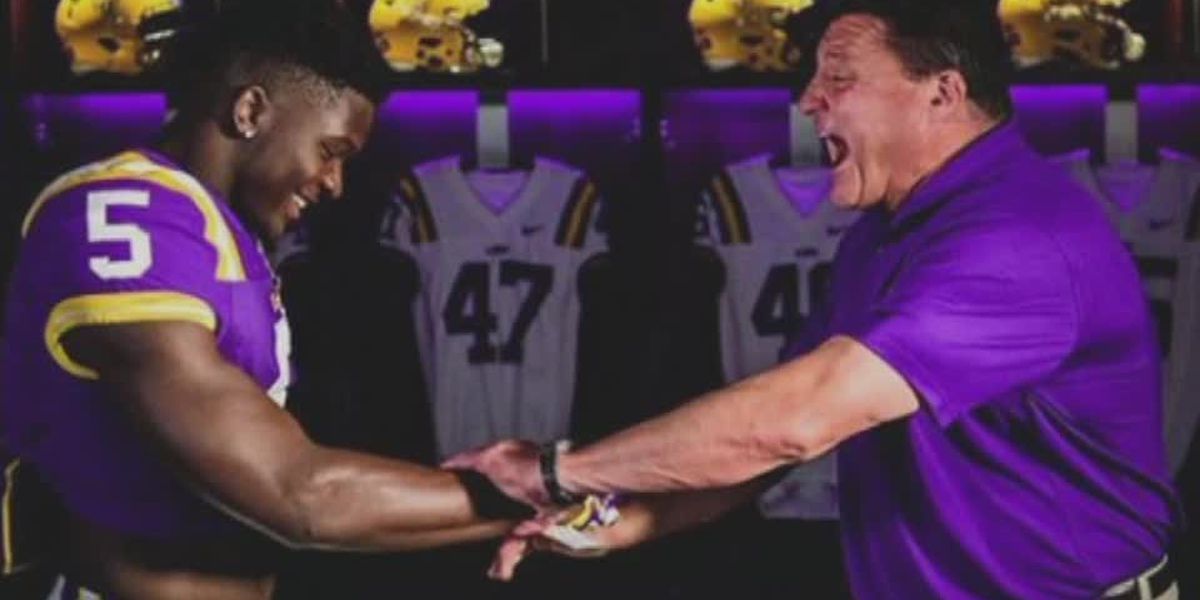 As many of us see all these coaches strut the sidelines in the season I rarely appreciate how much work they put in during the off season. A special salute to all these coaches who are making calls at night and watching players at camps all day. They are bringing the best to LSU.