Hello Tiger fans! Sorry for being a little late. I tried to pick up my game for this post and get in touch with Trey Quinn for an interview that I’m sure you guys would’ve enjoyed. I’m still clinging onto the hope that I can get that interview, but I figured that I need to keep myself writing in the meantime.

Anyway, the NFL Draft happened a little too long ago and in doing so changed the lives of 255 football players from hundreds of colleges across the nation. Those three nights of emotion made me feel like I was screeching up and down the Rockin’ Rollercoaster at Disney world. By the way, the Draft is always the best way to see hundreds of brutal, tough, and competitive men break down and cry like little babies. Although, this was one of the most unpredictable drafts I’ve ever watched and there are a lot of hot topics to talk about, I tend to focus on our Tigers.

So, allow me to give a word about each LSU alumni that heard their name called.

Donte Jackson, 55th pick, Carolina Panthers
I was excited about this pick for a number of reasons. The first being the very obvious fact that this is one of the better franchises in the league. This was also a good decision by the Panthers in a position of need. I have a hunch that Jackson’s swag will go well with Cam Newton.

Derrius Guice, 59th pick, Washington Redskins
I was frustrated, to say the least, at how far Guice fell. I felt that the NFL wasn’t appreciating his talent and motivation like they should. However, what infuriated me the most was when the NFL blamed his “character issues.”

“Character issues?” Where did that come from? Almost everyone who knows Guice stood up for his character the moment those reports came out. Even Guice’s high school football coach from Catholic High, Gabe Fertitta, told stories about Derrius going out of his way to spend time with local youth and fans. But those acts of kindness don’t make the press. The “character issue” was based off an argument that Guice had with Howie Roseman. It was probably just a clash of personalities: the eccentric Guice against the orderly Roseman. That one clash blew up and the next thing you know the entire media is labeling Guice as “immature” and “high-maintenance.” Let it be known that I’m entirely for Guice in this unreasonable scandal. Let all of Tiger nation be in agreement that this was a scandalous assault.

D.J. Chark, 61st pick, Jacksonville Jaguars
I admit that I’m a big believer in the Jagz. They’ve more young talent than any other team in the league. A huge part of that is because they always do well in the draft. D.J. Chark will have no trouble adapting alongside former teammate Leonard Fournette. I have my money on him making some acrobatic catches in the Super Bowl next year.

Arden Key, 87th pick, Oakland Raiders
Arden Key could have stayed and raised his draft stock by A LOT. Instead, he dropped to the third round. He may think that he put himself in a new light when he told reporters at LSU’s pro day the truth about his off-field issues, but that doesn’t eliminate the fact that he was injured for most of last year and never was back to his sophomore self. I know that he would’ve been much better off if he stayed. He’s already coming off a season full of off-field issues, injuries, and weight struggles. He couldn’t possibly lower his draft stock even if he did re-injure himself in his senior year, but that was his decision and I’ll learn to respect it. 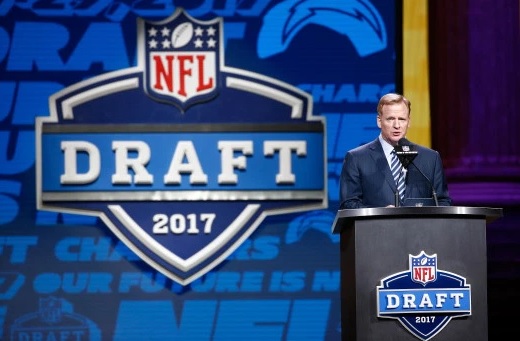 Russell Gage, 194th pick, Atlanta Falcons
I love this pick! He’s going into one of the best (and youngest) receiver groups in the league. With Julio Jones, Mohamed Sanu, and (now) Calvin Ridley, he will adapt faster than any other rookie receiver. Throw Matt Ryan into the picture and this is the perfect environment for him to learn and thrive with a Super Bowl worthy team.

Danny Etling, 219th pick, New England Patriots
I’m very, very happy for Etling. Not only did he get drafted, which was the first question, but he also made it onto the best possible team. It will be interesting to keep an eye on him throughout the next decade. If he doesn’t get traded or cut he could be Tom Brady’s successor. Wouldn’t that be nice!

Will Clapp, 245th pick, New Orleans Saints
The Saints are always on the top of the list when it comes to where an LSU draftee wants to go. This is a good deal for Clapp. I don’t think this was a haphazard pick. I think this pick had purpose. The Saints have been building up their offensive line with players like Larry Worford or Ryan Ramcyck for years. This probably means that they are including Clapp in their reconstruction, which might mean some early reps in the big leagues for the 22-year-old.

Trey Quinn, 255th pick, Washington Redskins (transferred from LSU to SMU three years ago)
As I said above, I was trying to get in touch with Quinn for an interview but that hasn’t worked itself out yet. I was surprised to see that, for the first time in a long time, Mr. Irrelevant (the honorary name given to the last pick of the draft) is, well, relevant! You may remember Quinn as the sure-handed receiver who dropped two passes against Alabama and was never used again. He transferred, which was a respected decision, and now he’s playing alongside Guice with the Redskins. Best of luck to him! The Redskins could use a go-to receiver for Alex Smith.

This was a doozy! Thanks for reading!
GEAUX TIGERS!