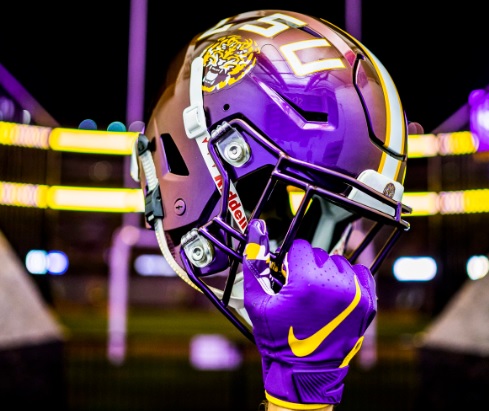 Hello Tiger fans! I couldn’t be happier! A win like that one will do miracles for our confidence going into the Mississippi State and Alabama games (the last two meaningful contenders to our SEC championship hopes). I was really reminded on Saturday of just how far we’ve come. Wins against No. 7, 8, and 2 teams in the country is undeniably the best resume in college football. People can say all they want about Miami and Auburn being overrated early in the season, but you can’t deny that in week 7, when you had an unmistakable powerhouse in Georgia, we squarely took them down in an utter domination.

Another thing that struck me on Saturday was just how unfair it was to be in the SEC west and have an exciting opener while also having to face off against the reigning SEC champion (from the East). Teams like Ohio State and Clemson have marked the Saturdays on which they play N.C. State and Michigan State as the must-win games in order to have title hopes. That’s why I love when the scheduling masterminds throw a mediocre SEC team like Texas A&M at Clemson and watch them trip over a ferocious SEC underdog. I also love that no matter how you slice up the conference championships so that you’ll get representatives from each conference, you’ll still get two SEC opponents in the Title game.

In any other situation or conference LSU would have been sitting pretty, riding out the rest of their season after a couple top ten wins that earned them their shot in the playoff. But LSU has had to prove their worth time after time and they have risen to the challenge in the most amazing way. The result is that you can’t tell lies about us, you can’t sugarcoat us, and you cannot deny us what we want.

We took advantage of them the whole game. We created opportunities for ourselves. From the beginning to the end we went to work.

Our defense pressured the passer and our DB’s were insane at times, Grant Delpit’s third down deflection and Kristian Fulton’s tremendous interception were just a few examples. A +4 turnover ratio came in handy too.

We used our Special teams (the kickoff return fumbled, five field goals, solid coverage, the fake field goal fumbled) to get chances at the end-zone.

On offense we kept them honest with an angrier-than-usual Clyde Edwards-Helaire bringing the heat and Joe Burrow putting the ball where it needed to be. But what happens when you sell out on the pass and Joe Burrow decides to get it into the ten-yard line. We carried our focus through the game and those 17 points in the fourth quarter put the game away in fashion. Kirby Smart was just as helpless as I would be.

LSU’s performance showed me that when we put it together for a full sixty minutes with our game-face on and we make plays like the ones we made, there is nobody who can beat us.