Hello Tiger fans! Long term success is the goal for this program right now and we’ve been talking about that a lot lately. 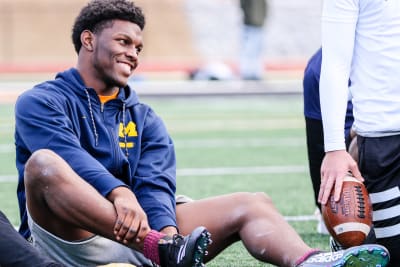 Bo Pelini has already climbed to a big head coaching job, returned to lead his hometown team, and most recently has come back to do what he was best at, which was build a great LSU defenses. He’s already ridden the train and he won’t be leaving. By bringing him back, we have three solid pillars in our coaching staff (Orgeron, Ensminger, and Pelini) which is crucial for avoiding the fall out we suffered in the weeks after the championship, verifying that recruits can be sure about LSU, and achieving long term success.

Signing day has come and gone. Some of the players and the magic that we lost can never be replaced, but with a solid class we filled some of the gaps and we can honor the crown that we now wear. For the first time in my memory, LSU has pulled some of the better high school quarterbacks into the program. DBU is bigger than ever with Derek Stingley and Kary Vincent returning and Elias Ricks and Dwight McGlothern coming into the wings. Running back depth is still not a problem after the ‘19 class with Davis-Price and Emery, but adding another four-star running back in Kevontre Bradford was very important to complete the incoming class. We signed the Gatorade Player of the Year in Arik Gilbert and three more talented receivers. All these things are to be thankful for and will very much help us next year. Now, we ended the class on a melancholy note when two big time defensive line prospects, Jordan Burch and Mckinley Jackson, went to lower tier SEC teams, A&M and South Carolina. Coach Orgeron tried his best as the recruiter and person he is by completely winning over Burch’s mother and visiting Jackson’s grand-mother’s nursing home. Recruiting feels different when you are the reigning champ. There weren’t any heartbreaking, last-minute flips to Alabama or Clemson. We signed every big prospect in Louisiana. We put together a top four class that we’ve been working on for quite a while. We are playing on the high ground; if you didn’t sign with us, that’s okay, we’ll just have to beat you every year.

I’m very excited to watch a lot of these young guys play in the coming years. The future is bright for Tiger Nation!