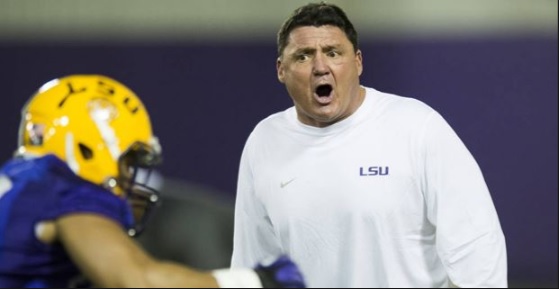 In continuation of the defining moment’s series, I decided to make this article have only two moments since the second one is arguably the biggest season changer.

I will start with the second game of the season vs. Jacksonville State, when Danny Etling took over the starting quarterback job. In the first quarter, Brandon Harris performed worse than ever, going one for four for eight yards in the first quarter. Fans were wondering if Jacksonville State might pull off the upset. In the second quarter, Danny Etling came in to show LSU fans what he was made of. Almost as soon as he’d played a down, fans let go of worrying about Jacksonville State winning and started wondering how many points LSU would beat them by. Etling went six out of fourteen for 100 yards and a touchdown, not exactly Aaron Rodgers stats but he showed LSU fans that they had a semblance of an offense, which is all we ever dreamed of. As soon as he completed his first pass, fans went nuts. Our tight ends, who were getting cobwebs after playing with Brandon Harris, finally started catching passes. The wide receivers who were open as usual were finally catching passes. We weren’t making Leonard Fournette carry the entire offense. We could stop other teams from stacking the box with nine or ten people so when we did run our backs would have at least a sliver of space. As we saw throughout the year, that is all they ever needed. After the Jacksonville State pouncing, I got my hopes up that we still had a crack at the title.

In the fourth game of the season, against Auburn, we were beat by, of all things, a field goal kicker. LSU had lost the battle in the trenches all night but had stayed in the game by forcing six field goals and not letting any touchdowns. On the last play, LSU was in the red zone and Danny Etling rolled out and right before crossing the line of scrimmage he threw a pass to D.J. Chark who an outstanding catch as he dragged his feet out the back corner of the end zone. LSU celebrated. I cried tears of joy as my dad and I held each other jumping up and down. And then everything changed. The referees converged and they decided to review the play. DJ Chark had made the catch but actually the play clock had run out before we got off the snap.
This was the last straw for the LSU athletic administration. The next day, Les Miles and Cam Cameron were fired and LSU quickly named Ed Orgeron in as interim head coach. Even though I hated to see Les Miles go, because he was such an exciting coach to watch, I do think LSU needed a change. Two losses in the first four games doesn’t make you think LSU’s steady decline since 2011 was stopping in 2016. LSU needed to start putting its talent to use and reenter their name in the national title race. This was probably the most important moment of our 2016 season. It was the beginning of the Orgeron era. He said he was going to “flip the script” and as we will see, boy did he ever!

As Bébé Orgeron always says in that gravely Cajun accent, “Geaux Tigers! One Team, One Heartbeat!”