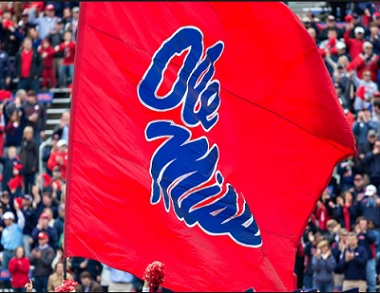 Only 6 more weeks of predictable, emotionless Saturdays! Woohoo! When the season starts, I write before games to calm my nerves and after games to blow off steam or do a victory lap. For now, however, I am strictly making predictions and writhing in anticipation.

Ole Miss has been a little bit of a mess since Hugh Freeze resigned in July of 2017, but they’ve worked pretty hard cleaning up and this year could be the year they move past that predicament and focus on football. Maybe they won’t get a playoff run but at least they’ll start earning back the SEC’s respect.

Matt Luke (current head coach) is a perfect parallel to Coach Orgeron, save the scandal that brought him up. He’s been a faithful rebel since 2012 and an excellent offensive-line coach. Born and raised in Mississippi, he grew up a die-hard Ole Miss fan and eventually went to college there and played football for the Rebels. Does that sound familiar? It should. Unfortunately for Luke, the only thing he doesn’t have in common with Bebe Orgeron is his coaching record.

For the past two years, we’ve handled mediocre Ole Miss teams pretty well and statistically speaking we should bring home a third. It’s never hard to get the Tigers rallied against a team they’ve rivaled since the nineteenth century. Underestimation definitely won’t be a problem. No matter the score, this will always be a great game to watch.

Last year, after Shea Patterson went out with an injury, Jordan Ta’amu (sophomore QB) got some reps before Patterson eventually came back. Ta’amu went 7/11 passing and showed very impressive athleticism in the pocket, especially considering that he never had a millisecond before LSU was all over him. Now with Patterson out of the way (transfer to Michigan), Ta’amu is looking at his first full year as a starter. With a year’s worth of practice and maturity, we will have to give his consistency a little more respect. Aranda will have to employ some heavy blitzes and force Ta’amu to move his legs and make bad throws. If Greedy Williams can shut down A.J. Brown (the rebels best offensive weapon), Ta’amu’s options will be considerably less.

Ole Miss’s rush defense and rush offense will be a weakness for year three and I don’t expect them to put a good fight on our receivers unless they’re really motivated (and perhaps inherited supernatural powers).

This is one of the better rivalries in the SEC. I can’t wait to see how the 106th edition goes down!