Out Of The East

Hello Tiger fans! I wasn’t able to write as much as I would have liked during the past weeks because I was on a family vacation for ten days. Warning: This is going to be a doozy. Today we’re going to get the facts straight on the two best teams in the SEC East who are also among the top five in the whole SEC. Those teams would be Georgia and Florida.

GEORGIA
This game is sitting up top with Alabama on the list of the hardest games on our schedule. The Bulldogs are the second best (if not first) team in the nation. They made it to the National Championship last year and probably should have won if not for a few plot twists.

We’ll see if Georgia fulfills the high expectations. Will they be another bigtime success one year that all but disappears the next or a small dynasty? That is what LSU will be looking for in the first few weeks of play.

The heart of the Georgia team last year was their nationally known running game, starring Nick Chubb (“Thunder”) and Sony Michel (“Lightning”). The draft put a huge dagger in their heart by stealing both of them and their lead blocker Isaiah 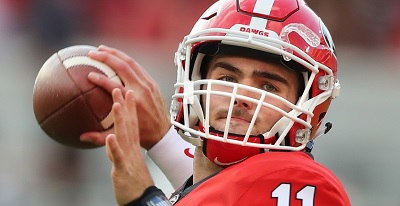 Maybe this year their identity will be in the arm of Jake Fromm. After all, he’s got plenty of targets like Terry Godwin, Riley Ridley, and Mecole Hardmanll—all of which caught passes in the National Championship game last year.

Defensively their going to miss a lot of the sting that came from their linebackers. They still have a sturdy defensive line and their secondary should be up to par with that of last year’s.

Of course, Georgia’s success on both sides of the ball will ultimately rest on the shoulders of Kirby Smart. Players will always be lost but the consistency of the program rest on the coach’s shoulders.

FLORIDA
Florida is a very familiar eastern foe to LSU—one that hasn’t given LSU a rest since our last championship run in 2011. We’ll see if they can keep it up this year.

Last year, the Gators had a 4-7 losing record. Unlike Georgia, the Gators would like to do anything but keep their status, but what better way to rebound than to grab Dan Mullen and a top ten recruiting class.

This will be an immeasurably different team than years before under new head coach Dan Mullen. With a few healthy leaders and playmakers and a group of young kids with massive talent reserves, they can go a long way. That’s Florida’s mindset right now. Mullen had his first taste of victory over LSU last year when Mississippi state demoralized us. Expect him to be hungry for more.

If they can get quarterback Feleipe Franks to be a little more consistent and reliable and keep Malik Davis’ engine running, their offense can do some productive things. As long as their defense stays healthy, they’ll do their best to make sure that our offense doesn’t do productive things.

Goodness, I love rivalries! They never get old, they never soften, they never disappoint. GEAUX TIGERS!