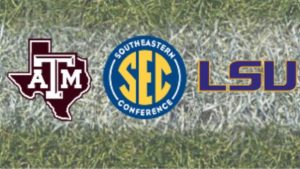 This time last week, Tiger Nation was staring at two easy wins and a probably birth in the Sugar Bowl. Coach Ed Orgeron was making a strong case to be LSU’s next Head Coach. But after a frustrating 16-10 defeat to a limping Florida Gator squad, all those hopes and dreams seem lost. After losing middle linebacker Kendall Beckwith to a knee injury, our defense could not stop the Florida offense from running straight up the middle of the line of scrimmage. Our offense ran up and down the field but fell apart on three critical trips to the 5 yard line or less, fumbling one, muffing a field goal on another, and then the most heartbreaking play of all, a busted play by Darius Guice on 4th and 1 yard to go for the win as time expired. He jumped into the line but the ball did not cross into the end zone.

There was more. Donté Jackson, our speedy cornerback, fumbled a kick off that led to a Florida score, and then later gave up a 98-yard TD pass to a Florida wide receiver. It was not a good day for an otherwise star LSU player. But that is the kind of day it was. We doubled their offensive yards (425-270 yards) but when you turn the ball over, you can forget about the other stats.

Today is Thanksgiving. We’re going to eat a big lunch at the Air Force base dining facility. My Dad says there’s not a better deal in town. Later, we’re going to try and make a Turkey Bowl happen with friends and family here in Charleston. We’ll end the day watching LSU’s final regular season game against Texas A&M.

The Aggies are no longer the #5 team in the country as they were earlier in the season. After a few losses, and suffering injuries to their star players (such as QB Trevor Knight and DE Myles Garrett), they just have not been the same. Both should play today, but I am not worried about them. I am much more worried about LSU and how they’ll respond to last week’s heartbreaker. Will they finish the year with a big win? I sure hope so.

On Saturday, my Dad and I are going to the South Carolina vs Clemson game. I feel a little bad going to watch a Tiger team in another “Death Valley”, but I really don’t care who wins. I just want to watch a good college football game.