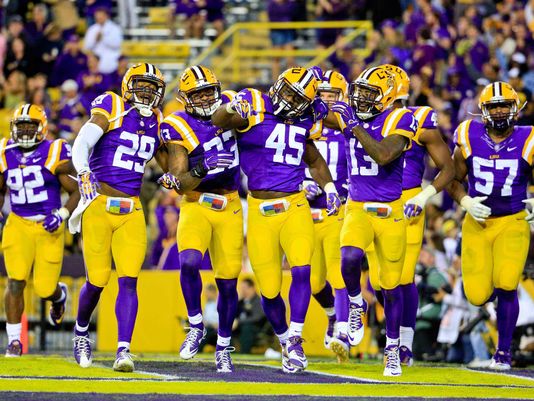 Leonard Fournette
I’m expecting a lot from him this year. He’s basically an Earl Campbell/Barry Sanders mix. He’s agile and very fast, but at the same time he’s a monster truck that runs over anything in its way. He should be able to complete the two goals he stated before he came to LSU: Heisman and Championship Title.

Brandon Harris
I’m not expecting him to be a Heisman or anything, but I do think he will lead a strong passing game. He has a great arm, and a lot of times he’s not the problem when it comes to incomplete passes. It’s always either a drop or him going too long on the wrong down, but this year Les is aiming to fix those recurring problems.

D.J. Chark
I know you are surprised to see me listing him as high impact, but I’m telling you that he will excel as a tight end and an occasional weapon for jet sweep, like what he did in last year’s game against Texas Tech.

Louis Neal
Last year he was a monster eating up sacks more than anyone on the line. I’m expecting it again from him this year. He should be able to help our defense a lot more. When he’s not sacking, he should be bringing pressure and causing I.N.T.s.

Jammal Adams
The only thing that can keep him out of the game is when he has to go poop, and that’s exactly why he had to fake an injury when we played Texas Tech. When I’m watching games with my dad, we both pick a player and follow his stats. I always pick Jammal to give me lots of I.N.T.s.