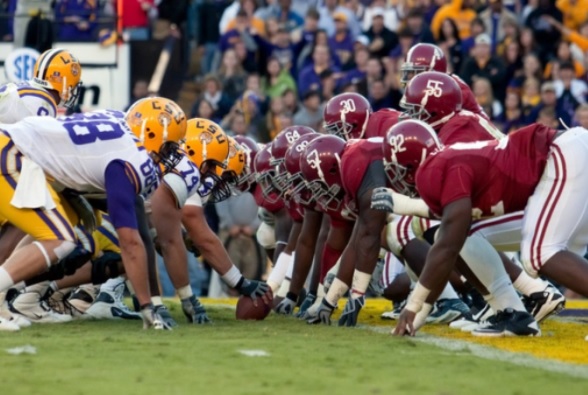 Hello Tiger fans. Yes, the day is finally here. Alabama is staring us right in the eyes. The game that we talk about throughout the year. The one game that we must win in order to go to the SEC championship. The game that we’ve lost since 2011. Well, it’s here and we’re ready.

First, let’s review the effects this game will have on the college football world.

The College Football Playoff committee can breathe a sigh of relief and LSU can hope to win the rest of its games and go to a good bowl game. Alabama will undoubtedly go on as the No. 1 team in the country. Perhaps an undefeated Georgia beats them in the SEC championship or if Auburn wins out and beats them in the Iron Bowl then they would go to the SEC championship. But Alabama would be in the driver seat.

The college football world goes crazy! If LSU continues to win out they go to the SEC championship. If they beat Georgia, they go to the playoff. There is a chance that Alabama will follow LSU into the playoff and a chance of Georgia following us into the playoff if Clemson loses another game or another playoff contender loses two more games. If Auburn beats Alabama at the end of the season (assuming they lose to Georgia in a few weeks), Georgia will follow us. Either way I don’t like playing a team twice. So, let’s hope the top 4 teams right now win out and LSU is the only SEC team. The possibilities are endless and so is the reaction from the media if LSU pulls off the upset.

This game undoubtedly means more to the Tigers. The Tide hasn’t played a team in the current 25 yet, and Texas A&M showed that with a few big plays and a little bit of luck, a team can get themselves within one score of Alabama. I’m sure the players in Tuscaloosa have heard all the positive press by now and believe most of it. No matter how much Saban fights it, he can’t block their ears from hearing or their eyes from seeing and their heads from bloating. LSU has no positive press to feed off and won’t underestimate Alabama for anything. Alabama is not so worried about a Tiger team that lost to Troy. From their perspective it looks more like this, LSU has beat Texas A&M ever since they joined the SEC West in 2011, Alabama has beat us ever since the National Championship game in 2011. They look down at LSU the way we look down on Texas A&M. If you thought we’ve been playing extra hard recently, you just wait until next week. We can do this. Bama hasn’t played a team like us all year.