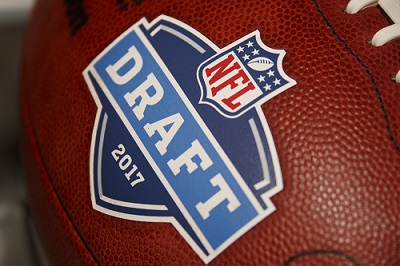 Today I’ll take a pause on the championship series to talk about the Draft. LSU has more players in the NFL than any other college football team. Year after year we are always having players drafted that could be the next superstars in the NFL. For LSU fans, the draft is a pretty big deal.

Some draft classes have all kinds of big names, and some are very boring. Usually, for every great draft class, there is a bad one too. Last year’s draft class was pretty good in hindsight, but it usually takes two or three years for players to adapt to the NFL and reach their full potential. Sometimes all it takes is for a starter to get injured and give a rookie the chance he has been waiting for. Every draft has busts that had all the hype but completely failed to fulfill it (think Jamarcus Russell and Johnny Manziel), and diamonds-in-the-ruff that nobody knew about until they made a name for themselves. It is hard to believe it now, but Tom Brady was a sixth round pick and wasn’t noticed until Drew Bledsoe got injured and gave Tom Brady a chance.

There are eight rounds and 253 picks every year. Many teams trade players, money, and their draft picks for higher picks. The worst teams get the first picks and the best teams get the last picks, but by the time all the trading is done the order is almost unrecognizable. I think this year’s class will be a great one, but you can never know. One of the reasons I’m most excited is that this draft is stocked with LSU players who I think could be NFL superstars like Tre’davious White, Jamal Adams, Leonard Fournette, and Malachi Dupre. I made my own First Round Mock Draft, and you might notice it’s a little biased towards LSU. I put Leonard Fournette with the Panthers at nine because that’s where I want him to go, and think he’ll do best even though he will probably go higher at four or six with the Jets or the Jaguars. I may have put some LSU players generously high. But just as the draft experts try to guess who the breakout players will be and make “mock drafts,” I am taking a stab at it as well, perhaps with my LSU blinders on, but that’s okay. Geaux Tigers!