Burrow and the Bengals

Hello Tiger fans! Joe Burrow was picked first by his home state’s Cincinnati Bengals as everyone had expected. Because of his exceptional year and this transitional moment he deserves a separate written piece from the draft analysis of all fourteen of the LSU players drafted. Burrow has set himself out from the pack this year and by breaking multiple NCAA all-time records, earning the national player of the year award (the Heisman), winning the national 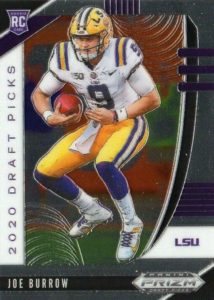 title, and being drafted first overall, he is now (according to DandyDon) the most decorated  college athlete of all time. It’s crazy to think that we watched him grow up these past two years. He was our golden child and now he’s left the house.

The expectations are high for Burrow. While the expectation are always high at No. 1, I can sense something different about Burrow. You could argue that Burrow is not even the most talented quarterback in his draft class. But, why were teams scrambling to pry Burrow away from the Bengals just before the draft? Why do they see him as such a once in a lifetime player? They know that he is a winner. That’s why he draws comparisons to Ryan Tannerhill at first glance because of his size, arm strength, and speed, but he’s much more often likened to the GOAT and six time Super Bowl Champion,Tom Brady, by those who have seen him play. Nobody knows this as well as the LSU fans who watched him repeatedly lead them to wins even when odds were stacked against him and make outstanding plays when we were the most desperate for them.

Also, as a No. 1, a lot of responsibility and challenge is immediately thrown upon him. No. 1 is where struggling teams thrust all their hopes onto one player and look for him to be the savior of their program. In a way it wasn’t much different when he came to LSU where desperate fans were waiting for a hero: a knight in shining armor, to come be the quarterback. Nobody is more prepared to lift his home state on his back and lead them to a few wins, a better season, a playoff appearance, a Super Bowl.

There is nothing Burrow can’t do.