Hello Tiger fans. I’m anxious to see how the Tigers do versus their first SEC opponent! Mississippi State has been making themselves known lately by putting some big numbers on the score board. The Bulldogs are coming to win. They won’t mess around, so LSU better be ready.

Mississippi State played Charleston State University (CSU) in their season opener (CSU was five minutes from my old house in Charleston, South Carolina). The final score was 49-0. The stout bulldogs held CSU to only 33 total yards and two first downs, eliminating them from the game almost immediately. Their defensive line could easily give Derrius Guice hits in the backfield routinely if our offensive line doesn’t play lights out. Just to give you an idea of what kind of playmakers are on this Bulldog defensive front, Jeffrey Simmons a 6’4”, 300+ pound sophomore blocked a punt and a field goal, and scored two touchdowns in their last game. That reminds me of former Alabama defensive tackle Jonathan Allen who gave LSU problems for three straight years. 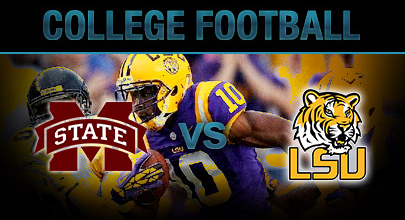 Another thing Mississippi State has going for them is that they get started really fast on offense. They’ve averaged 19 points in their first quarters this year. Nick Fitzgerald has a 69% completion rate and makes big plays. Fitzgerald can use his legs too. He led the rushing attack with 111 yards versus LA Tech. The Bulldogs have a pretty balanced attack and can score on the ground or in the air. They average about 500 yards and 50 points per game. That is a true challenge against our inexperienced by fast and furious LSU defense!

I’m extremely confident LSU can stop their run game with the way we played lately, and if our secondary can put blankets on these Mississippi wideouts like they did versus Chattanooga we can hold them out of the game. Not to mention the best pass rusher in the SEC, if not the entire country, is back this week in LSU’s Arden Key.

If LSU is to win this game, which I predict with high certainty, they have to play safe. In other words, we can’t turn the ball over, while creating turnovers with our defense. Our offensive line has to hold these raging Bulldogs long enough for the play to move past them. No throwing into triple coverage. We have to contain the big plays, and create big plays ourselves. We also have to be at least 75% field goal percentage with Jack Gonsoulin kicking again. If the game winds down to the fourth quarter and it’s still a ball game I would like to see what LSU’s full playbook looks like. Ed Orgeron mentioned that their working hard on their red zone offense. So hopefully that part of the game improves as well.

Neither team has played a serious opponent yet so we really don’t know how good either of us are. One way or the other someone will win this ball game despite how they played against small subdivision opponents. We are about to find out what we are made of and if we are pretenders or the real-deal.