Saturday was officially the best day of my life. As soon as my dad, uncle, and I arrived to the stadium I got chill bumps and told them that seeing all of my heroes on the field was the most beautiful site that I could imagine. Actually, I directly quoted the movie Rudy when Rudy’s dad walks into Notre Dame’s stadium and says, “This is the most beautiful site these eyes have ever seen.” My dad thought that was pretty funny.

I have a lot to write about, and for the first time in two years I can say I saw it all from the stands! Cheering for LSU from the fifteen yard line was such a different experience than watching them play on television. Besides all the yelling, screaming, and high fiving, I got to see things that the cameras never focus on. On kickoffs, for example, I could observe Devin White drive his man 20 yards into the end zone and better imagine the impact that a person that big and that fast brings to the game.

Once again, LSU’s defense showed complete domination. As a result, Louisville’s offense experienced a number of season lows. We held the highest scoring offense in the nation—45 points per game on average—to zero touchdowns. That was the first time Louisville has gone a whole game without a touchdown since 2010. We held the nation’s second best team in total offense to 220 yards, instead of their average 589 yards. Heisman winner Lamar Jackson didn’t look very Heisman worthy when he was being sacked eight times.

LSU also had a great offensive game. Malachi Dupre got 7 receptions for 136 yards, including an impossible one hand grab. Derrius Guice garnered some attention getting 138 yards rushing on 26 carries, including a 70 yard breakaway touchdown. He also got a few catches, one of which was a red zone touchdown catch. In one play, Guice ran back a kickoff 50 yards and had only the kicker to beat. This poor fellow decided to attack college football’s angriest runner by leading with his chest. Derrius saw a big ginormous target and lowered his shoulder. The poor kicker’s feet literally went into the air as he was pancaked flat on his back. You’ll be seeing that one in every offseason LSU hype video, I promise. Finally, Danny Etling had one of his best games all around. He got a 133 passer rating, outshining Lamar Jackson’s measly 84 yards.

I still can’t believe that I got to go to the Citrus Bowl for my birthday! 11 years old and counting, but that one will be hard to beat. Geaux Tigers! 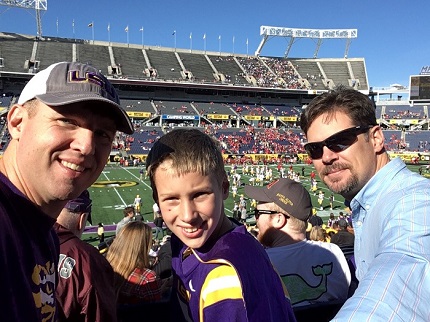 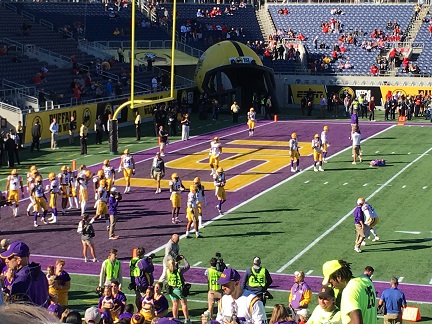 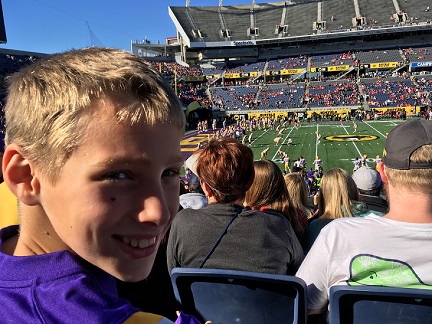